On October 21, Jasmina Kulaglich gave a recital in Barcelona, at the Royal Catalan Academy of Fine Arts, organized by “Musical Innovators” around the project “Piano Acouhib”– concert around Chopin, Glinka, Borodin, Khatchaturian was welcomed with great enthusiasm from the public.

The institution was founded as a cost-free school of painting, sculpture and architecture under the former name Escola Gratuïta de Disseny by the Catalan trade council in 1775. In 1849 the school became a member of the provincial academies of arts in Spain (Acadèmies Provincials de Belles Arts), and in 1900 it became autonomous. Today, the ancient school is divided into the faculty of fine arts of the University of Barcelona and the vocational art school, named Escola Superior de Disseny i d’Art Llotja. In 1930 the RACBASJ lost its provincial character and thenceforward it has perceived itself as the Catalan academy of arts. The courses offered include also music and other fine arts. 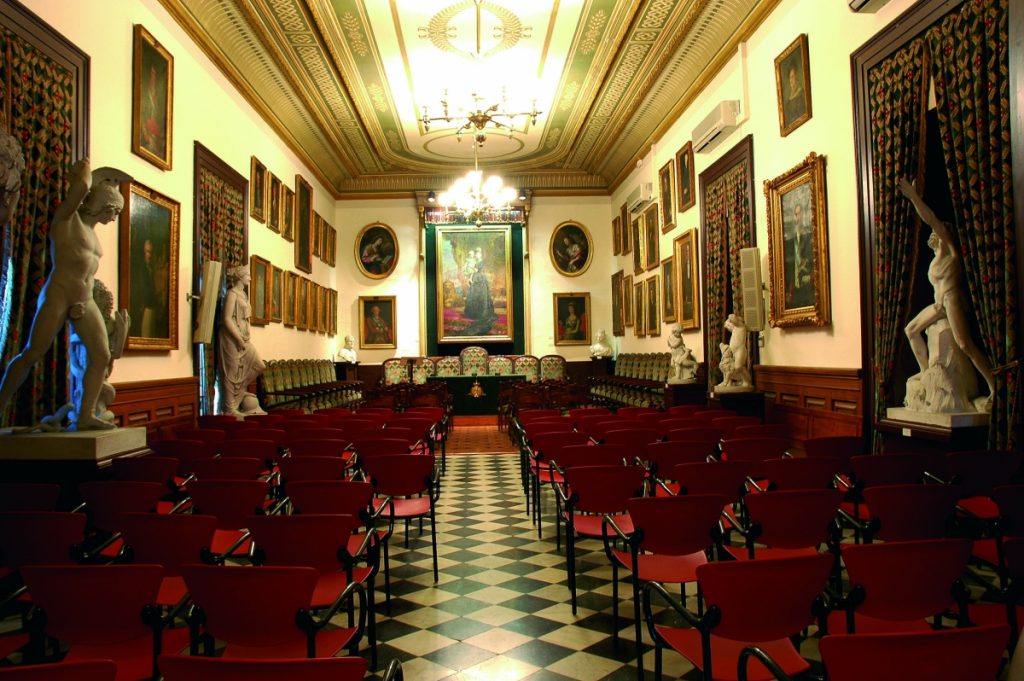