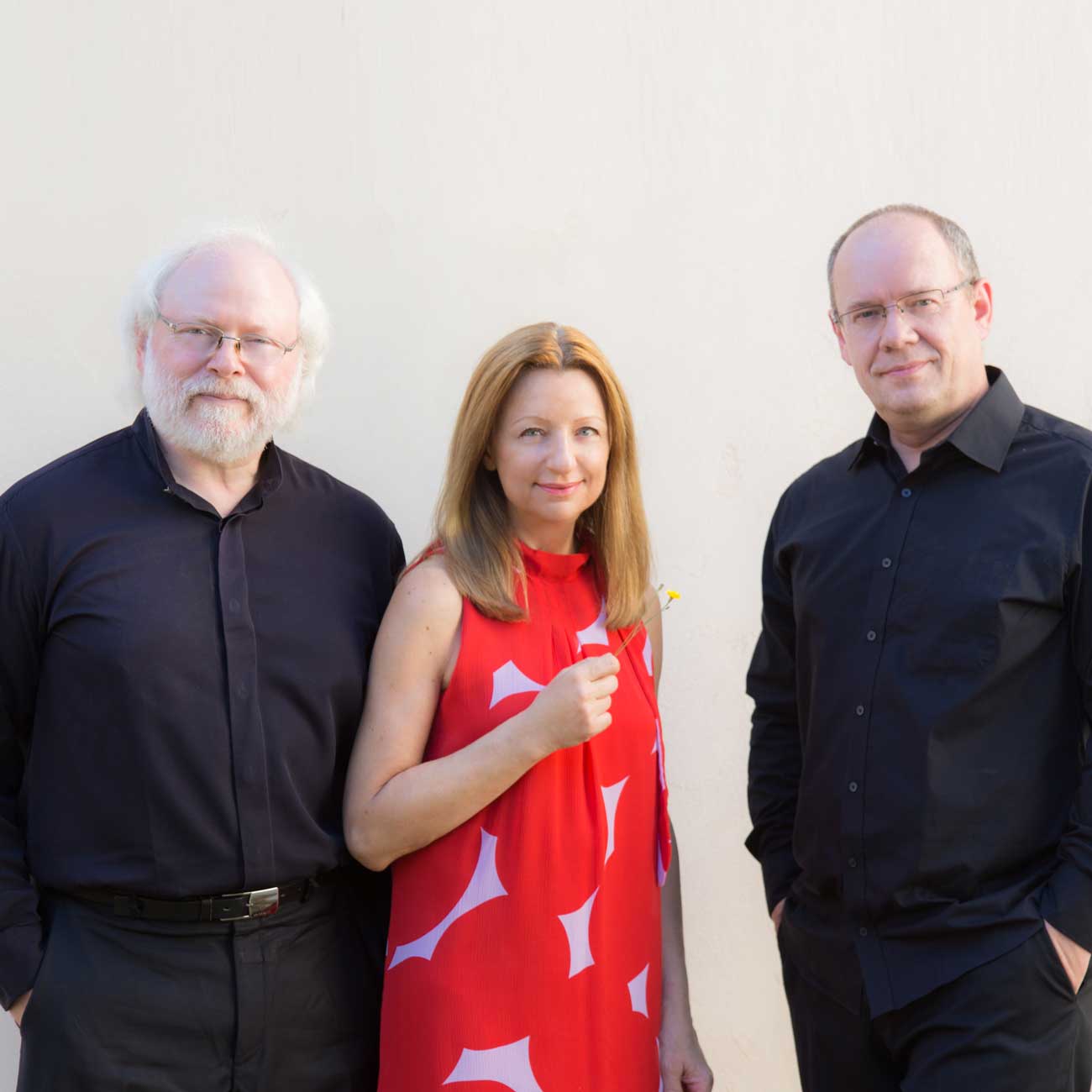 Jasmina KULAGLICH on the piano, Lev MASLOVSKY on the violin, and Igor KIRITCHENKO on the cello, made us feel perfectly all the atmospheres and atmospheres of these two countries, during the different seasons.

First with ‘Les Saisons’ by Piotr Ilitch TCHAÏKOVSKI , twelve piano pieces written in 1875 and 1876, and transcribed for piano trio by Alexandre Goedicke (1877-1957), Russian organist and composer. This version is rarely played, and has only been recorded once, in Russia. This is therefore a Western premiere offered by the BOHÈME Trio . Each of the twelve pieces is accompanied by a short poetic epigraph by a Russian author (Tolstoy, Pouchkine, Maïkov…), which sums up the spirit of the piece, and which Jasmina read to us before its performance. For example, for ‘September – The Hunt’ : “It’s time! The horns sound! The biters in hunting clothes at dawn are on horseback; Greyhounds on a lead jump. “( Alexander Pushkin )

We were thus taken from ‘ January – By the fireside’  to ‘ December – Christmas’ , via ‘April – Snowdrop ‘, ‘August – The harvest’ or ‘ November – Troika’. Melancholic and soft melodies, or more joyful and lively, evocative of atmospheres linked to the different times of the year, and transcribed with great finesse and accuracy by the three musicians. After this first Slavic, romantic stage, the BOHÈME Trio took us to fiery Argentina and its tango , with Astor PIAZZOLLA . Any other atmosphere …

Composed at the end of the 1960s, ‘The Four Seasons of Buenos Aires’ by PIAZZOLLA echoes Vivaldi’s work . To the pastoral of the seasons of the Venetian master, the king of ‘nuevo tango’ opposes the urban and the life of the Argentine capital, adding his rhythms …

Composed for his own Quintet, ‘Les Quatre Saisons’ was transcribed for the trio by José Bragato , his student cellist. Four seasons full of energy and sensuality specific to tango, but also moments of lyricism … The three musicians, in perfect harmony, brilliantly interpreted this work by PIAZZOLLA , which we hardly have the opportunity to hear. It was a real discovery, as well as this version  of TCHAIKOVSKI’s ‘ Seasons’ .

The many spectators applauded the Trio for a long time, which offered us in Bis another very beautiful melody of Astor PIAZZOLLA ‘Oblivion’, and where we  could still appreciate the beautiful balance between the three instruments.